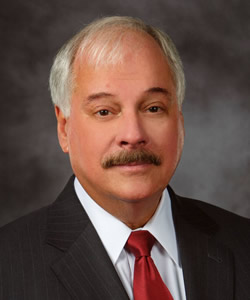 Just when we all thought we knew what a Private Equity Group (PEG), Hedge Fund, Family Office and Merchant Bank are each about, a new type of buyer comes on the scene; the Unfunded Private Equity Group, a/k/a Independent Sponsor, Search Fund, or Fundless Sponsor.  On the surface, they tend to look alike, sound alike and act alike.  Most all are well educated, well connected and are very experienced in buying companies.  They even tend to structure their deals the same.

But, the reality (at least for sellers and intermediaries) is that many of these are just buyers with no money!  However, all profess to have ready access to investable funds, and they just make capital calls when they have a viable investment.  Some do and some don’t.  As an experienced M&A Advisor, I think I can spot the difference, but I’m unsure at times when I first meet them.  For example; one clue might be that they avoid declaring the amount of funds they have under management on their website.  A funded PEG will likely disclose the size of their fund.  However, most Family Offices also don’t disclose the amount of capital they have to invest.  One indicator might be the absence of any existing portfolio companies showing on their website, but some in fact show portfolio companies they were involved with at a previous PEG.  Others may show companies on their websites that are actually owned by their identified sources of capital.

For experienced M&A professionals this is an inconvenience and annoyance.  However, sellers and less savvy deal makers can find themselves committed by a Letter of Intent (LOI) to take the company off the market for 90-120 days while such a buyer shops for financing.  The seller’s assumption is they will be just looking for debt financing, but the language in the LOI frequently allows them to be looking for 100% of the debt and equity needed to close.  Then, any pushback received from their prospective financial backers suddenly becomes a “due diligence issue” and of course requires renegotiation of the deal to address the concerns of the “real buyer.”  Of course, these deals rarely close.  They just waste a lot of time and legal fees. Sellers who experience such deals are frequently turned off to ever considering a deal with a buyer who looks like a PEG.  Likewise, many PEGs say they become frustrated when the Independent Sponsor is seeking too high of a percentage ownership of the deal or too high of a fee for finding the deal.  Other PEGs say they dislike participating in these deals, but they are under intense pressure to get their funds invested.

Now They Are Contacting Sellers Direct

It’s tough enough that we M&A advisors have to deal with these folks, but along with the proliferation of this type of buyer, they have begun sending letters, email and making phone calls direct to prospective sellers. Likewise, some of the larger Funded PEGs now have business development staffs that are also contacting sellers direct so it’s hard for business owners to know who they are talking with.  A prospective seller, flattered by the inquiry might openly share information only to later discover their information has been broadly shared on the street with many potential financial backers and when an LOI is agreed to, the details of the LOI have also been shared widely.  The existing databases of PEGs make this very easy to do and it can be done quickly.

Even a very savvy seller can fall into this situation. The typical Non-Disclosure Agreement (NDA) a seller might sign with such a buyer typically allows the buyer to share information with “advisors and sources of financing” so the shopping for debt and equity has already been approved, even if the seller was thinking that language applied only to banks and similar lenders. The most significant problem this causes is that lenders who saw the deal before and are seeing it again from a different buyer, may think there was something wrong with the company that it did not previously close.  Appearing shop worn causes everyone to be more cautious and less eager to proceed.  Even bankers like to feel they have found a diamond and not a piece of coal under a lot of pressure.

The explanation typically received from an Independent Sponsor is their sources of capital have insisted upon this approach.  Maybe it’s true because some PEGs that previously managed a fund have evolved into this structure.  They say their investors have given them “walk-around money” to search for deals and when they find a deal they bring it back to their investors for funding.  They feel this is not much different from the typical PEG structure where a representative of the major investors might sit on the PEG’s investment committee and have veto power and/or co-investment rights.  It also appears that some of the larger funded PEGs have created affiliations of varying types with these Search Funds.  Some funded PEGs may also allow the Search Funds to disclose their affinity on the Search Funds’ websites.

The deal making World is becoming more complex every day.  Perhaps by sharing information we can all be more aware of the risks and the potential benefits of dealing with buyers like this.  Contact me if you wish to discuss this topic or add some of your personal experiences to the discussion.

All discussions are kept 100% confidential.