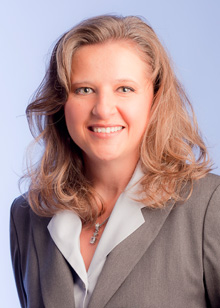 One might think that calculating net working capital is a relatively simple exercise — current assets less current liabilities. However, this simple exercise can turn into a very complicated calculation during a transaction process. At a time when both buyers and sellers just want to move on, they instead face potential arbitration or litigation post-close that could have been avoided overall.

To avoid additional costs and strained relationships, buyers and sellers should take care to avoid these 10 common mistakes.

When Setting the Target

The following items are often large influencers in the calculation of net working capital (NWC):

If the business is highly seasonal and the closing is not occurring during the peak season, using a trailing 12-month average to calculate a target might be misleading. Seasonal businesses (e.g., ski resorts, holiday retailers, hospitality businesses, etc.) have peaks and valleys to their revenue and, as a result, to their working capital. If a transaction is closing during a downturn, the trailing 12-month average of NWC might overstate the target and might not be the best indicator for working capital as of the close date. Other mechanisms of calculating the working capital such as looking at ratios to revenues or expenses at the same periods should be considered in these circumstances.

Overlooking what might seem like minor changes or disruptions in your operations can also affect your working capital calculations. Maybe your accounts receivable clerk was out for a period of time and you got behind on collecting receivables. Or maybe last year you stocked up on inventory due to known pricing increases. If this is the case, using historical figures might overstate or understate the working capital target. External factors, such as customers paying more quickly or slowly as a result of their own circumstances, can also influence working capital. Consideration for these dynamics should be given when there are significant recent operating changes that affect NWC.

3. Not including normalizing or year-end-only adjustments into working capital

If adjustments are made during quality of earnings assessments or year-end audits, more than likely there are adjustments that need to be made in setting the target NWC. Also, if the seller normally accrues payroll, bonuses, etc. only at year-end, average NWC can be significantly understated. These accruals should be reflected throughout the monthly balance sheets to properly calculate a target.

4. Not looking at off-balance-sheet liabilities

Debt that is not on the balance sheet is often a cause for debate since some companies don’t record all their liabilities on the balance sheet. This could include large unfunded pensions or reclamation liabilities (like asset retirement obligations (AROs). Unknown large off-balance-sheet liabilities can put the buyer at risk and can negatively impact the transaction.

5. Including an NWC target in the Letter of Intent (LOI)

As the LOI is typically signed prior to diligence being performed, the initial target set might be missing crucial items and/or might include items that should not be included in the calculation, such as shareholder receivables, payables, or income taxes.

6. Using contradicting language in the purchase and sales agreement

This is more common than you think, so make sure intention matches execution. Common language used in sales agreements states that the NWC reconciliation should be calculated using generally accepted accounting principles (GAAP) consistent with past practices. However, these concepts are rarely in sync. If seller financials are “mostly” GAAP but exclude certain accruals, it is important to ensure the exclusions would not have a material effect.

Frequently missed accruals include vacation, warranty reserves, AROs, and accrued property taxes. There are also potential GAAP adjustments on the asset side of the balance sheet, such as inadequate accounts receivable and inventory reserves. A buyer can determine that the net realizable value of these assets is lower than the reported amount resulting in an NWC shortfall.

7. Not using an illustrative example in the purchase and sales agreement

There’s always going to be room for interpretation when you describe something, so include an example to alleviate confusion. In any balance, estimations are used, but how those estimations have been historically calculated should be clearly defined and shown in the sales agreement. Examples show which assets and liabilities are included in the target NWC and which ones should ultimately be included or excluded in the reconciliation.

It is important to have clear agreement regarding who is responsible for what upon a change in ownership. If payroll-related expenses are to be the responsibility of the seller upon close, they should be excluded from the calculation. Income tax and owner-related items are also normally excluded, as are cash and debt. If there are checks in excess, decide and agree if those are to be included or excluded and are properly noted as such in the final agreement.

9. Not performing an inventory observation at or near closing

Performing a full physical count of inventory at or around the date of the close will save major headaches when you’re trying to reconcile the closing balance sheet. You may identify inventory in additional (but forgotten) storage areas that should be counted or stock that is old and obsolete that should not be included.

10. Not allowing enough time for a true-up provision

Although the transaction process can be grueling and you want to wrap up as quickly as possible, 30 days (or less) is not enough time to accurately calculate any true-up provision. You should have a reasonable look back period to ensure all information is available and included. More time allowed for the true-up calculation will provide the opportunity to identify transactions that should be included/excluded from the final true-up that otherwise might have been missed.

Calculating working capital can be confusing, complicated, and stressful, especially in the heat of a transaction. Having an experienced advisory team of accountants, tax advisors, attorneys, and bankers who can conduct a thorough review of the calculation can help alleviate some of the anxiety and provide for a smoother overall process. 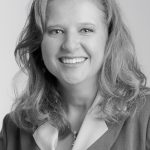 Joanne Baginski has more than 20 years of public accounting experience and leads the transaction advisory services area at EKS&H. She has been involved in more than 100 transactions on both the buy- and sell-side with financial and strategic buyers. Her expertise includes business finance, modeling, financial planning and analysis, valuations, and capital financing.

All discussions are kept 100% confidential.

Call to speak with an advisor: